Hey guys! I can’t believe that it’s already a new year!!! I’m so excited. Now first off, let me apologize for not posting in a while. I’ve been trying to adjust to my new schedule and routine. I’m finally in the last stages in my Master’s program and it can be hard to find balance sometimes. And can I be honest and share a secret with you guys? A small part of why I haven’t posted in almost a month is because I became slightly discouraged…. I wasn’t seeing the number of views I thought I should see and I wondered why no one participated in my Christmas giveaway. I let the enemy get inside of my head and put doubts and insecurities there and I just couldn’t write while in a place like that. But thankfully, I was able to get off the pity bus and remember why I started this blog in the first place: to inspire people and talk to them about God. At the end of the day, it’s not about the numbers, likes, and comments. It’s about if I touched someone’s heart and if I motivated them to make room for God in their lives.

Now that I got that out of the way, I can share that I had a really great holiday break. I was able to get a lot of rest and catch up on my list of shows (yes, I have an entire list lol). I also ate really good (bad), which is why I wanted to start my year off with a juice cleanse.

I always tend to over indulge during the holidays. There’s sugar cookies, chocolate chip cookies, snickerdoodle cookies, brownies, cakes, pies, ice cream, the works! And I have a really hard time with discipline. I even failed to go to the gym for two straight weeks! So unlike me 😦 When I jumped on the scale and saw I was close to 200 lbs, I knew I needed to dial it down. See, discipline is all a mindset. It’s about telling yourself no when your body wants something else. If we think about it, that can relate this to the spiritual as well. Your flesh will constantly seek out the things of this world, but if you go to church, stay prayed up, reading your word, and surrounding yourself with godly people, you’re better equipped to withstand the attacks of the enemy.

I decided a while ago to make eating healthy a lifestyle instead of just a temporary fix to lose weight. I think that’s where a lot of people fail. They try to find quick fixes to lose weight and later on down the road that they gain it all back. Now I’m no weight loss expert and you don’t have to take my word for anything, but I do know that restricting yourself for a short period of time will probably help you lose some weight, but if there’s no consistency, you’ll be right back at square one. Eating healthy doesn’t necessarily mean eating a salad for lunch everyday nor does it mean you can never have those delectable brownies I mentioned earlier. It’s all about a balance, or a ratio. Some people say 70/20 or 80/20 meaning the majority of the time you should incorporate lean meats and more fruits and veggies to your meal plan and then have a day or two where you can eat the things you crave (in moderation). Completely eliminating sweets or carbs, etc. from your diet can be harmful in some ways. At the end of the day thought, it all depends on what your goals are and what type of body you’re trying to achieve. Some people are looking to gain more muscle mass so they may up the protein in their diet. Some people may want to lose body fat and get more toned so they find a balance between the macros they consume daily. I just say make sure you’re not causing harm to your body just to look a certain way. Our bodies are temples that God blessed us with and we need to take care of them.

That being said, my husband is actually the one who suggested a juice cleanse. I quickly came on board once I saw those numbers on the scale rise lol. We decided to do it for a week and then go to a normal meal plan the following week. Now we had to decide if we wanted to buy pre-made juices or if we wanted to do it on our own. We had purchased a juicer together before we got married, but we had some really nasty recipes and ended up quitting after the second day with a Reese’s cheesecake! Talk about lack of discipline. When I started researching different juicing brands, I found that they were quite expensive, even the ones for three days. And since the two of us would be doing it, the price doubled. We knew we wanted to do a full week so we decided to juice them ourselves.

I found the following recipes online and bought all the fruits and vegetables we needed:

I think my two favorites were the kale and pineapple as well as the berry juice. Both were a little tart, but they were the best of the five. I quickly realized that I hate the taste of beets. They have the most beautiful color, but they taste like the earth. I don’t know a better way to describe them. I’ve never had them cooked before. Maybe they’re better that way instead of juiced? Have you guys ever tried beets before? If so, let me know in the comments how you eat them and any good recipes you have.

The first day was kind of easy. I contribute that to the fact that I was still overloaded with carbs from the previous weeks. Now I will say that I came down with a cold the week I started my juice cleanse. I actually ended up going home after half a day at work because I was too stuffed up and just couldn’t function. I ended up sleeping for most of the day because my body needed the rest and I wasn’t really that hungry. I had to force myself to drink my last juice for dinner when really I could have just saved it for the next day.

Oh! I also want to mention that I didn’t go to the gym that entire week either. Between not having energy because I was sick and knowing I eventually wouldn’t have energy because of the cleanse, I didn’t want to end up face down on the floor of the gym. The second day was okay as well. I felt better, maybe due to the medicine I was taking or all the fruits and veggies I was consuming. Maybe it was a combination of both.

I did encounter a slight headache while I was doing an online exam, but that could have just been due to slight stress. By day three, I felt invincible! I was proud of myself for not giving in to the temptations around me. My mind was trying to tell me to quit, but I was tired of my lack of discipline and I wanted to prove to myself that I could do this. Day four and five were a little harder. I started to feel some hunger pains here and there, but I just drank more water to help me get through it.

I will say drinking all of those liquids are to be very irritating with the number of trips I had to go to the restroom. I am NOT looking forward to being pregnant in the near future lol! By day six, I felt a mixture of irritation and relief. I was irritated that I had one more day to go, but at the same time I was relieved for the same reason. I didn’t have that high amount of energy as day three, but I wasn’t lacking energy like I thought I’d be. My husband went to the gym during this cleanse and found himself depleted of energy. I had to tell him to dial it down before he exhausted himself and he eventually listened to me. Then finally day seven came and I finished all my juices. When I did try to eat solid food, it took my body a minute to adjust to the change. It’s amazing how in one short week, my body had adapted to a liquid diet and when I reintroduced solids it was like, “Um, Quin, what is this?” But the feeling eventually went away and I was fine.

Now I know there may be some critics out there who think I did this cleanse to solely loos weight and that it may be sending a bad message to people that you have to “starve” yourself to lose weight. As I mentioned before, I’m not an endorser of that, in fact, I wouldn’t even recommend juicing, especially if you’re trying to lose and keep off weight. Yes, I lost a few pounds, but when I began to incorporate solids into my meal plan again, I broke even with my weight. I did this cleanse because I wanted to conquer my mind. I’m sure there are other ways I could have done this, but I was conscious of how my body was feeling and I know what my body can handle. That being said, it was an interesting experience and the cleanse really did help me get back focused.

Sometimes it may take something drastic to promote a change in your life. But ultimately, the best consultant when it comes to change is Jesus Christ. Pray about the desires of your heart. Yes, it can even be to lose weight. God is in control of everything and He wants you to have what you want. But you must put Him first in everything. You can’t expect to get something with nothing. God just wants our love, and love starts with a relationship. I hope you all enjoyed this post. Until next time!

6 thoughts on “Juicing to Jump Start Fitness + Where Have I Been??” 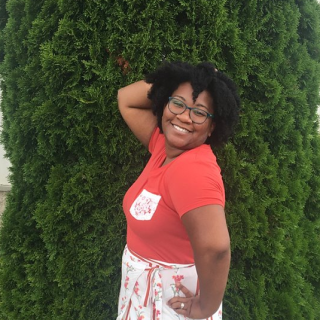 My name is Dequindre Jernigan and I am 25 years old. I like to read, write and sing. I am currently studying for my masters in counseling at Wayne State University. I am a strong believer of God and a woman of Apostolic faith. I believe that this world is not my final resting place but while I'm here I will uphold the morals taught to me and continue to give God all the praise and glory ♥

Beauty lies within yourself

The only impossible journey in life is you never begin!! ~Tanvir Kaur

I can teach you how to build a life time residual income right here on the internet.

The Leader in International Recruitment ®

Using Internet Marketing to drive new clients to your business

These messages are not ordinary. They are life changing revelations. evangelistchilavert@gmail.com